First off, I’d like to share a direct quote from my son/friend/fan Jaime Rivera “You’re terrible at blogging”.

I KNOW THIS!! And I’d like to thank everyone who has reached out to tell me such. Haha I have been pretty tired walking anywhere from 12-15 miles per day but also I get soops distracted with Instagram and Facebook on the daily and lack real motivation. There I said it! I’m a millennial after all, duh!

With that being said I appreciate and love that you guys are anticipating reading my blog! So without further ado….

The ol’ saying goes “the calm before the storm”. But the last month or so has been anything but calm and definitely a (sh*t) storm. So, I think the saying backwards fits better in my situation.

That just reminded me of 2002 Missy Elliot: “I put my thing down, flip it and reverse it

Almost exactly a month has passed since I wrote the last post and I can’t even freaking believe it. It feels like just yesterday I was at the restaurant across the street from my house in Mexico writing it and planning for my big adventure. So much has happened since:

I left Mexico City on September 29th just in time to surprise my babe Carter in Orlando, Florida for his 12th birthday! 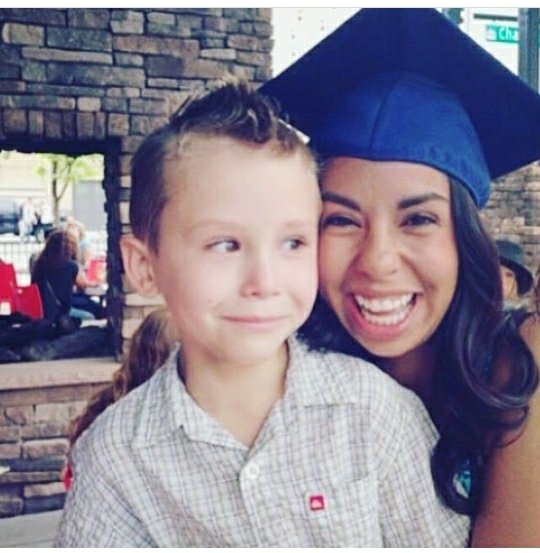 I could go on for days but for those that don’t know Carter, he is my most favorite human on the whole planet! I started as his nanny about 10 years ago and the Kelly’s haven’t been able to get rid of me since! (Or ever!!) They have helped me prepare and have sent me off on many an adventure in the past. So, it was only fitting that they were the ones to drop me off at the port this time too. On October 1st, the nerves only started setting in as we got to the curb and like she always does, Erin ensured me that I’m exactly where I’m supposed to be in life, Carter hugged me, and I was off.

The night before Erin and I sorted through all of my stuff and got it down to a reasonable 19 pounds. But moving through the airport with my pack was still no easy feat. The backpack is BIG! It only took like 5 accidents for me to realize how big the backpack actually is while on my back. I hit so many people while turning around, knocked a drink over on the bar and almost tipped over (because I’m so petite HAHA) within like 30 minutes of being at the airport. God, if that doesn’t scream inexperienced, wannabe backpacker having a quarter life crisis, I don’t know what does.

At that point, the fact that I’d be carrying nineteen pounds on my back for the next 5-6 weeks AND also that I only had two pairs of clothes, 1 pair of boots, a fleece jacket, flip flops, and basically my toothbrush to walk over 500 miles were equally terrifying. I would by no means refer to myself as super girly or fashionable, but the thought of wearing dry fit clothes and no makeup for 6 weeks straight felt and still feels disgusting. And I am no way shape or form a savvy outdoorsy hiker so prior to this I didn’t even own any of this stuff. Needless to say I was extremely clueless looking for those zip off, swishy shorts/pants things and really everything else in REI. As a matter of fact, the first time I went shopping I got too overwhelmed, left empty handed and bailed to get a margarita instead. I am pretty proud of my backpack and all its contents now though!

So, I finaggled my way into a 16 hour layover in London and landing at 7am seemed like a great way to get the most out of the trip! Right? Wrong. I should’ve known that I never sleep good on flights unless I’m in first class. (Which I’ve only flown in once. And it was magical! That IS where I belong!) I was soooo exhausted when I arrived, but I still jumped on the metro bound for the London Eye! When I saw that long a$$ line to get tickets I definitely considered just getting a hostel bed and napping for a bit. But alas I did not. I just thought to myself “This would’ve been taken care of IF there was wi-fi in coach. Ugh, so rude.” Anyway, I drank 2 coffees and 2 energy drinks within 2 hours of landing and the London Eye was great! It’s a huge ferris wheel that allows you to see everything near and far. (Lack of photos will be explained below) I meandered around London on foot for a really long time, moseyed (just googled how to spell that word) past the Palace of Westminster where I said what’s up to Big Ben, and then found myself in front of Kensington Palace. It was magnificent and I couldn’t help but thinking about that childhood picture of Meghan Markle outside the shiny gates. I could’ve had one of those to show the world one day, had I not forgotten my selfie stick. Typical Jillian. Eh, I was fine without it. After a long day of exploring I almost missed my flight because I clearly can’t read a map and got on the wrong train. So, I had to beg a nice man at the train station desk to let me charge my phone so I could call an uber. Got to the airport, realized I left my backpack in a locker at the opposite side of the airport, ran, got it, stopped at a pub for bangers and mash to take with me, chugged a beer, and made it to my gate with no time to spare!

I arrived in Barcelona a little after midnight, and slept like a freaking baby! The next day, I was off to the races and was reunited with a long lost love of mine. The tortilla española! This heavenly dish is basically a fluffy omelet filled with white potatoes and onion and cut into pie pieces. Sounds pretty boring, huh? And don’t get me wrong, it is. But the simplicity is so delicious. Back in 2011, when I studied abroad in Spain and my palate was less refined, I ate it like twice a day. It brought back fond memories of sippin’ sweet sangria and lollygagging around Madrid with my bestie MK! This time it took roughly 2 days to get tired of it. I found a champagne bar where the bartender seemed to like me! My flirting skills were on point that night and my spanish is good enough these days, so I don’t come across as an American and I’m pretty proud of that. He was slaggin’ delicious tapas and kept the Cava flowin’! And at 1.50€ a glass I had no objections.

A couple days later I got to reconnect with an old friend and her mom from back home, and honestly I couldn’t have asked for more. Traveling gives me a sense that the world is standing still. Who cares what’s happening back home or in the states? I was able to enjoy myself without a care in the world! That is until my iphone got stolen (or lost)!!! We went to the Obama bar and next thing ya know it’s gone. Must’ve been a real good thief too, because it was never turned on again so find my iphone was no help. I’m so lucky to have had Katelyn and her momma there to help in my time of need. I tried to repay them with a nice dinner the next night but my debit card got declined. How. Freaking. Embarrassing?! I really shouldn’t have been surprised because this happens to me ALL the time. I get it, my bank is trying to protect me from fraudulent charges. Especially since I had been in 4 different countries in 7 days. But god damn it, not now! It did help that The Real Madrid soccer team was staying at our same hotel that night and we got to watch them walk in. Nothing to report there though. Unfortunately, I’ve put my professional athlete days behind me. Sorry Renaldo!

The next morning I felt completely and utterly defeated. I cried on the closed toilet seat and honestly considered going back to Mexico. This isn’t the first and probably not the last time as a solo traveler I’ll feel like this. It’s rough when you’re in an unknown place and feel like there’s absolutely nothing you can do. And my stubborn butt HATES asking for help or depending on people. But I got a pep talk and remembered that sh*t happens and I’d be fine. I said goodbye to them with the 25€ Annie so graciously gave me and the (used) toothbrush Katelyn let me use because I couldn’t find mine. I had a train to catch to Vic to see my good friend Ashlie. Got on the wrong train, (which is becoming a recurring thing) fell asleep, and woke up 2 hours south of my desired destination. I cried for the second time that day, and a sweet lady helped me find the correct route. Since I didn’t have a phone I was absolutely sure Ashlie wouldn’t be there waiting for me when I arrived… but SHE WAS! I cried a third time when I hugged her, so grateful to be her problem now.

Vic was a quaint little spanish town where mostly Catalan is spoken and the food is damn good. I chilled out, and regained my confidence at Ashlie’s apartment for a couple of days, acquired a new not so cheap prepaid phone and finally began making my way to St Jean Pied de Port, France where I’d begin my 500+ hike!

One Reply to “The Storm Before The Calm”